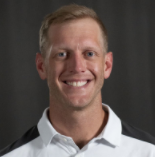 Tony Glessner is the Owner and General Manager of Southern Exposure. Southern Exposure is a professional men’s volleyball team with its headquarters in Orlando, FL. They compete in the National Volleyball Association (NVA) and this will be their second season in the league. He will also be training and competing with the team as a libero during the 2021 season.

Tony joined the Michigan Volleyball staff as a video coordinator during the summer of 2019. His duties include practice and match film, practice and in-match stats (DataVolley), preparing scouting montages, and everything dealing with technology.

Previously, Glessner served as the assistant volleyball coach with Indian River State College for three seasons, where he coordinated the defense and setters. During his time with the Pioneers, IRSC produced multiple NJCAA All-State players and an All-State Setter of the Week.

Glessner has 15+ years experience coaching camps and clinics. He is a Co-Director/Owner of Next Level Volleyball. Next Level Volleyball was established in 2018 and travels nationally and puts on high-level camps, clinics, and showcases geared to educating and preparing young athletes to compete at the next level. He has also served as a Camp Director for the University of Michigan Volleyball Camps where he has been coaching for 10+ years.

After graduation from Ashland University (2011), he moved to Florida and was the Assistant Coach for Martin County High School – which won the 2011 7A State Championship. Tony taught math at MCHS for 8 years before committing to volleyball full-time. He also was the Recruiting Coordinator and Head Coach at High Tide Volleyball Club for 3 years (2017-2019). 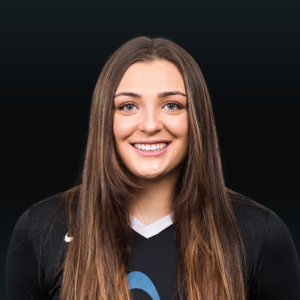 A native of Michigan, Ali joins Area Scouts after a decorated career playing at the University of Illinois and professionally, both in the US and overseas.

During her career with the Fighting Illini, Ali set the Illinois record for career blocks and block assists, and at the time of her graduation was second all-time in Big Ten history in career blocks. In addition, she was a Senior CLASS Award finalist and first team honoree, a two-time AVCA All-America third-team selection, a three-time All-Big Ten winner, and a CoSIDA Academic All-District second team member.

Following her collegiate career, Bastianelli finished Season 1 on the professional Athletes Unlimited circuit ranked No. 36 on the leaderboard with 1,291 points. She previously played with Béziers Volley in France, and played for Changas de Naranjito in Puerto Rico for the 2020-21 season.

Ali is currently the Volunteer Assistant Coach at the University of Michigan. 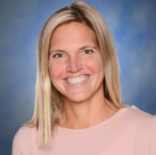 Jen Snowbarger is currently in her 18th season as head coach for her alma mater, Wooster High School. At Wooster, she earned honors in Volleyball, Basketball, and Softball. She was part of the state teams for both basketball and volleyball. During this time, she earned honors including All Ohio 1st team and District Player of the Year for both her junior and senior seasons.

Her many awards have earned her a spot in the Wooster High School and Wayne County Hall of Fame. After high school, Jen attended Kent State University, where she lettered four years in volleyball and still holds top 5 records for hitting percentage, blocks and kills.

As a coach, Jen has led her high school team to state and many district and regional appearances. Jen has coached club at Cleveland Volleyball Company and now Mintonette. She is currently coaching a 14 year old team, but has coached many age ranges in JO. Jen is married to Michael and they have three children, ages (15), (12), and (9). 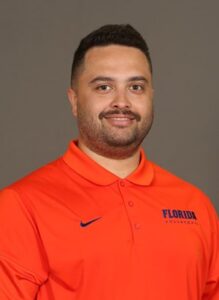 Catalan also has been involved in the club scene, training athletes as young as 8 to current professionals, including Orlando Gold, OVA (Orlando Volleyball Academy), NYC Juniors, and Oklahoma Elite.

Catalan played 4 seasons at Warner University in Lake Wales, FL and was part of the first team to make the National Tournament and a #5 NAIA Final Ranking. Catalan is excited to share his knowledge with the Area Scouts family and create efficient training segments for all athletes.