How Long is a Lacrosse Game? 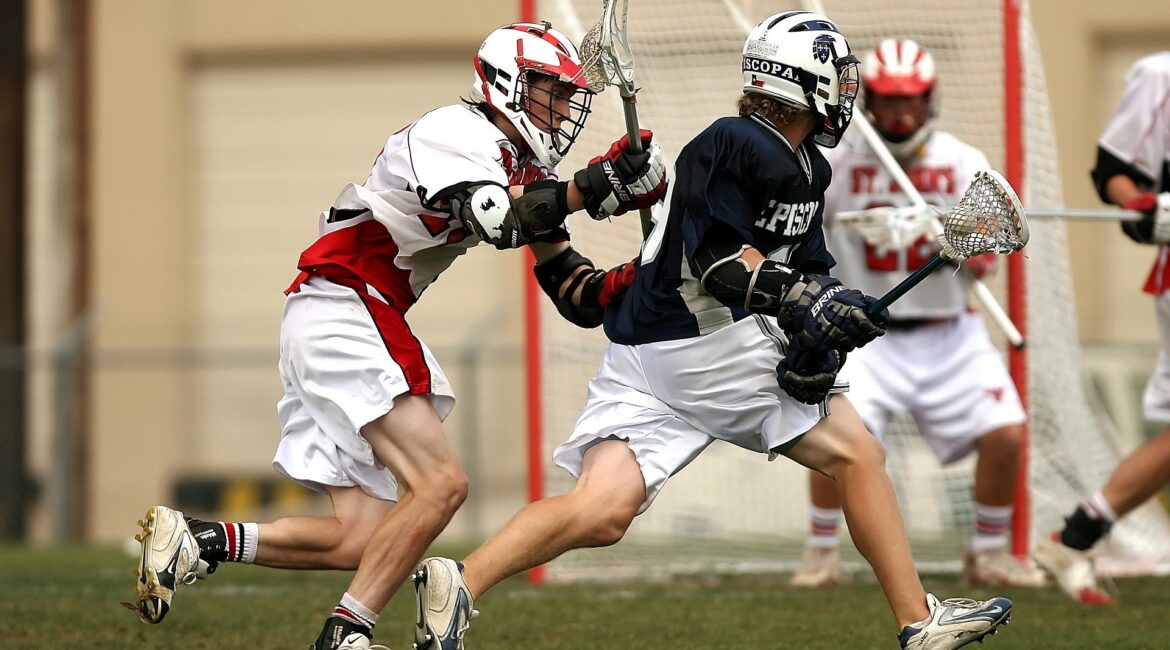 Lacrosse is a sport that originated with Indigenous Americans and is now played by people worldwide.

It is a fast-paced and exciting sport growing in popularity, especially among young athletes. Lacrosse, both Men’s and Women’s, originated in the U.S. in the eastern part of the country and is quickly spreading throughout the nation.

This game takes place on a field, a little smaller than a football field, with two teams playing ten players each. The players aim to score goals by throwing the ball into the opponent’s goal using a lacrosse stick. The team with the most goals at the end of regulation wins.

One of the most common questions about lacrosse is, “How long is a lacrosse game?”  The length of a lacrosse game can vary depending on the age of the players, the level of the game, and the tournament rules.

This article will answer that question and give other interesting facts about lacrosse.

By the end, you will better understand how long a lacrosse game can last.

Overview of a Lacrosse Game

There are two brands of the lacrosse game, field lacrosse, and box lacrosse.

The rules are essentially the same in each, with the main differences being the size of the field and the number of players in the game.  Field lacrosse is played on a larger field with more players, and vice versa for box lacrosse. Originally a summer sport, lacrosse is now played outdoors year-round in certain parts of the country, with indoor leagues also very prevalent.

The game is divided into four periods with two teams of 10 players each (field lacrosse). The player positions are attack, midfield, defense, and goalie. Each team has a goalie in their half of the field and three defenders in front of the goalie.

A face-off takes place in the center of the field to begin the game. After a goal is scored, the ball goes to the other team for their face-off. The face-off must be taken within 10 seconds of the goal being scored, or possession of the ball will go to the other team.

For a better understanding of the rules of lacrosse, keep reading.

The standard lacrosse game consists of four 15-minute quarters, with the clock stopping only after a goal is scored or the ball goes out of the field of play.

There is a break in the action after each quarter to allow teams to adjust their strategy, substitute players, and rest. After the 2nd quarter, the teams break for halftime intermission.  The length of a lacrosse game will vary depending on the division, league, or age group.

Halftime in lacrosse lasts 10 minutes when the teams must remain in their designated areas and may not receive coaching.

Although players can leave the field to use the restroom or receive medical attention, they must re-enter the field at the same spot they exited. During halftime, each team is allowed to make substitutions and strategic changes.

In lacrosse, a timeout is a stoppage of play that allows the coach to communicate with the team.

During a timeout, the players on the field will gather around the coach and listen to instructions. As in other sports, lacrosse timeouts are a valuable tool when a time is struggling or a coach wants to ebb the opposition’s momentum.  If used wisely, timeouts can drastically change the flow of the game, and ultimately the outcome.

If the score is tied at the end of regulation play, overtime is used to determine a winner. This is an extra period where the team with the most goals is declared the winner.  Each team has the opportunity to score in overtime.

If the teams are still deadlocked in a tie at the conclusion of overtime, they face off in a shootout.  Similar to soccer, each team will take turns shooting at the goal from the same set distance. This distance varies depending on the age and skill level of the teams.

Like all sports, lacrosse is played by athletes of all ages.  Let’s look at the differences in game times for different levels of lacrosse.

How long do the Premier League games last?

The Premier Lacrosse League (PLL) is a professional lacrosse league based in North America, debuting in 2019. The PLL comprises seven teams, with a roster of 25 players, playing a summer schedule of 14 games from June to September.  At the conclusion of the regular season, there is a postseason tournament played in a single-elimination format. The winner is crowned PLL champion.

Each regular season game consists of four 12-minute quarters for a total playing time of 48 minutes. The league's playoff games are played similarly but with two 15-minute overtime periods if the game is tied at the end of regulation. This format differs from the traditional 15-minute quarters but is lauded for quickening the pace and providing a more action-packed contest.  As the PLL continues to grow and add new teams, the playing length of games will likely be increased accordingly.

How long do the National Lacrosse League games last?

Unlike the Premier League or most other organized lacrosse leagues, the biggest difference here is they play with a running clock.  The clock only stops for a timeout or if an injury occurs.  Normally, the clock would stop if the ball left the field of play as well.  As a result, NLL games typically last between 1-2 hours.

If you're really curious, you can always check the NLL box scores as it’s indicated there also.

How long do the College Lacrosse games last?

The average length of a college lacrosse game is about two hours. However, there can be significant variation depending on the level of play and the number of stoppages for timeouts or penalties.

Division I generally contests last the longest, while Division III games are usually the shortest. The pace of play also plays a role in game length, with faster-paced games often lasting shorter than slower-paced ones.

Regardless of the level or pace of play, each college lacrosse game must complete the regulation time, as well as any necessary overtime periods.

How long do the High School Lacrosse games last?

High school lacrosse games are typically 60 minutes long, divided into four quarters of 15 minutes each. There is a 10-minute intermission after the 2nd quarter.

High school lacrosse games utilize a running clock in the second half, with time stopping when a goal is scored, the ball goes out of bounds, an injury occurs, or a timeout is called.

Therefore, the actual time the game takes to be played can vary greatly.  A very high-scoring contest will certainly cause a game to run longer.

How long do the Youth Lacrosse games last?

The youth lacrosse game varies greatly in terms of game length, and field size for that matter.  Leagues adjust these factors based on age, skill level, and available facilities.  Typically, the games for the younger age groups are shorter than the older athletes.

As players get older and more skilled, the game can be played on a full-sized field with larger teams. This flexibility ensures that everyone can enjoy the game, regardless of age or ability level. The game times don’t affect how exciting and entertaining a lacrosse game can be.

Adaptations to the game times and field dimensions assure lacrosse can be enjoyed by everyone.