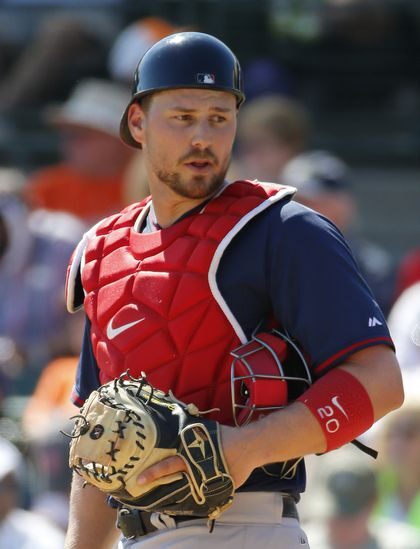 Welcome to Area Scouts! I wanted to use this first blog post to introduce myself and tell you why I am so excited to be a part of the Area Scouts platform. My name is Ryan Lavarnway and I have been playing professional baseball for the past thirteen years. I was drafted by the Red Sox in 2008 and have played in the Major Leagues with seven different teams in nine out of the past ten years. Most recently with the Miami Marlins this year where we made the playoffs for the first time in 17 years.

When I am not playing baseball myself, I am passionate about coaching and mentoring youth and high school baseball players. It is something I’ve done since I was in college. And over the years I’ve loved helping young baseball players grow into the best players they can be and made a lot of new friends along the way. A few of them have even gotten to accomplish their dreams of playing college baseball… and a couple more, that are younger still, have a great chance to make it to the professional ranks!

Like many of you and your kids, I started playing when I was five years old. I played all the positions at one point or another. Short-stop, first base, all over the outfield, and I even pitched a lot. But I always really excelled at the catcher position. I threw guys out left and right. I loved to build relationships with my pitchers on and off the field and that really helped us build trust in each other and ultimately perform better together on the field.

The thing that really excites me about Area Scouts is that even though some might have called me a “natural” at catcher, looking back at even my scouting video that were filmed when I was in college and trying to get drafted, there was SO much I did not understand about catching! It hurts me now to watch that old video and to remember how much my knees and hips used to hurt because of the positions I was catching in. Now, thirteen years of catching professionally later and getting great coaching, my knees and hips never hurt!

My natural ability was good enough to get me far enough to get drafted, and luckily, I was a big hitter. But I could have been SO much better, and if I was able to put my body in better positions in my stance or had better technique with my receiving and blocking I might have gotten drafted higher in the draft… and my body certainly wouldn’t have hurt so much along the way! Early on in my catching career, I had two significant leg injuries. When I was 13, had two broken bones in my ankle, and years later in college another broken bone in my upper leg. I believe that both injuries were preventable and only happened because I didn’t understand what the best catching set up was and how to make what I was doing more efficient.

The problem was that I was never able to really receive great catching coaching.  I always kind of wanted some form of objective feedback on how I compared to other players my age. But that did not exist back then. Area Scouts is built to do, specifically that. To help players move correctly so the best of their abilities can come out and they can stay healthy! And to give coaches and evaluators across the country great tools to be more knowledgeable and coach our players to be the best they can be.

I have created an objective evaluation test for catchers on this platform that all the evaluators across the country will be knowledgeable about.  This course highlights specific stance points, movement patterns, and mindsets to look for in every catcher that are universally beneficial regardless of a catcher’s body limitations, age, ability, and unique playing style.

Just like you, I had coaches that tried to help me. Great coaches that I loved. But catching instruction and evaluation is so position specific that without having personally played catcher at a high level, it is extremely hard for a coach to understand not only the “how” behind catching, but more importantly the “why” behind why catchers do certain things. I don’t know about you, but understanding “why” I am being asked to do a certain technique or skill behind the plate is always more motivating and encouraging.

Ok, enough with the sales pitch. That’s not the point of this blog post. I really just want to introduce myself and give you a little background on why I am so passionate about this platform. Hopefully, if you are reading this then you already understand how great Area Scouts can be. And I hope you guys all get a sense of how excited I am to be a part of it. This is exactly the type of thing I would have wanted when I was younger, and I am so grateful to get to share it with you today.